Every third Friday feels like the Tuesday before Thanksgiving. This is how the 2:1 schedule works in Whataberger Houma wireline. Crew change day is on Thursday, which is the new Monday. I just came on after a week of going to bed at 08:30pm and waking at 06:30am. This is the schedule my body naturally falls into. I feel like a child when I wake up so early and my roommates are still sleeping. I play quietly in my room until someone stirs from slumber and I have a roommate to play with.

Gertrude finally had some days off. We decorated a tree together… 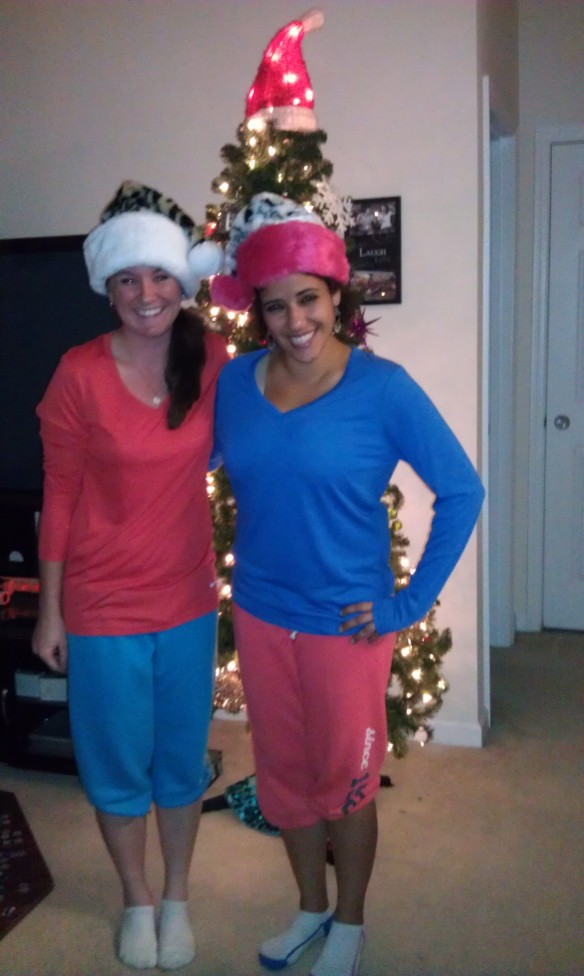 Jerome shed his skin. He is a beautiful creature that shows no emotion or attachment to anything. He plays it cool and only displays interest or enthusiasm by flicking his tongue in the face of food.

These are the ways of the Ball Python. He basks under a little lamp and curls into a ball, sometimes under a little rock or toy. (Please note the sweet Colosseum in the background.) 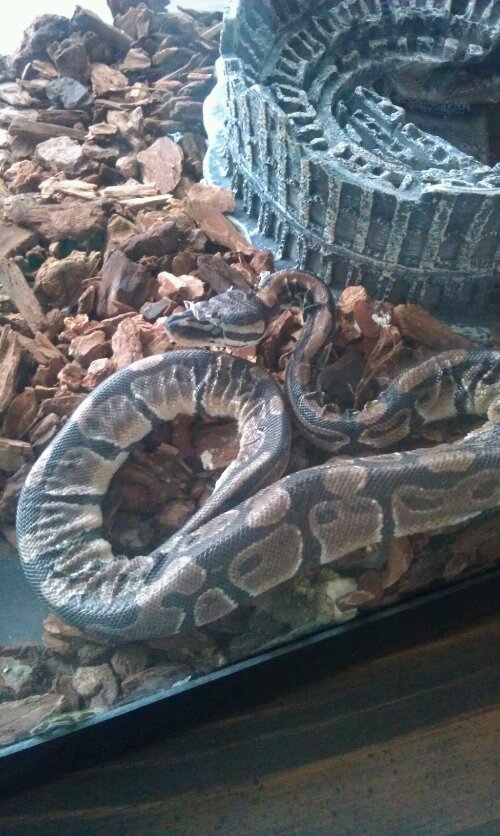 Anyway, I decided to incorporate this into my care of Jerome. I have a few different rocks for him to hide under/in. There is the Olmec’s temple head, which is featured in a previous post when I first got him. There is a plain rock which came with the terrarium set. There is this robot which is a fish aquarium piece.

And there is the Colosseum. Jerome will seek solace underneath all of his various toys, which I rotate in and out of his terrarium, as it is the one of the few ways I can “care” for him, except for the Colosseum. I found it in the fish aquarium section of the PetCo and thought is was f*$%ing awesome. I said to myself “My snake will have this”. Jerome will not go near it. He will sit in the cold on the other side of the terrarium away from the Colosseum which is heated. He hates it. He will cram himself inside of a tiny robot built for little goldfish, but he will not explore this badass Colosseum.